Three Firsts in the Series 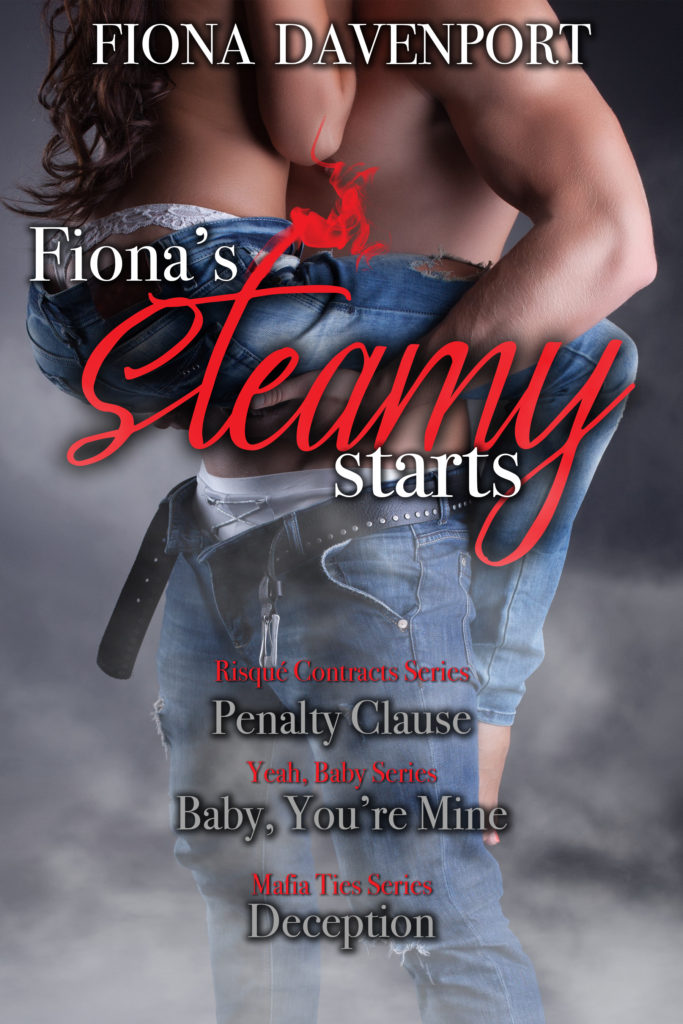 They say that where there's smoke, there's fire. Head back to where it all began for these three sexy series to see how true the saying really is.

Caleb Sterling has found the woman for him. He'll do whatever it takes to make her his... even if it means forcing her to spend time with him. He didn’t become a billionaire without learning how to leverage a contract to his advantage. Now that he’s gotten her to sign on the dotted line, he almost has Madeleine Connelly right where he wants her—in his bed and pregnant with his baby.

Madeleine seriously underestimated Caleb’s desire for her. She thought the notorious playboy would move onto his next conquest after he’d gotten what he wanted from her. When she accepted a business deal with his company, she didn’t realize it meant spending so much time with him. Now she has to decide if she wants to trigger the penalty clause in their contract so she can get away from him or succumb to the temptation that is Caleb Sterling.

Warning: This book has an obsessive alpha billionaire who falls hard and fast. It's a quick and dirty read, but don't worry, it'll leave you satisfied.

Guy Rule #1: Sisters Are Off Limits

Bailey Cross grew up as the only daughter of a single mom. When she finds out about a family she never knew she had, she travels half-way across the country to meet them. On the night Bailey hits town, her nerves get the better of her, making her act out of character when she meets Wyatt Kincaid in a bar and lets him take her home. After a night that rocks her world, she races out of his bed as quickly as she fell into it. But, there is one thing Bailey can’t run from, the baby she and Wyatt created.

Wyatt went out looking for a good time and found a hell of a lot more than he’d bargained for. He wants more than a one night stand with the woman in his bed; he wants a chance at forever. But when he wakes up the next morning, she’s gone. He searches for her, but Bailey is nowhere to be found… until he goes looking in his best friend’s home.

Warning: This novella contains a sexy alpha, insta-love, and an "oops" baby! It's quick, hot, and dirty.

Nic DeLuca is used to taking what he wants. Born to lead a powerful mafia family, he’s not in the habit of asking for permission—or forgiveness. He’s willing to cross any boundary when it comes to possessing what he considers to be his, and from the moment he laid eyes on Anna Martin, he knew she was meant for him.

Nic is quick to move the innocent nanny into his home... and his bed. But, he hides his dark side from Anna. The deception is necessary to ensure she falls for him before she realizes exactly who he is.

Please note: Nic & Anna’s romance is a three part story, but there are no relationship cliffhangers.