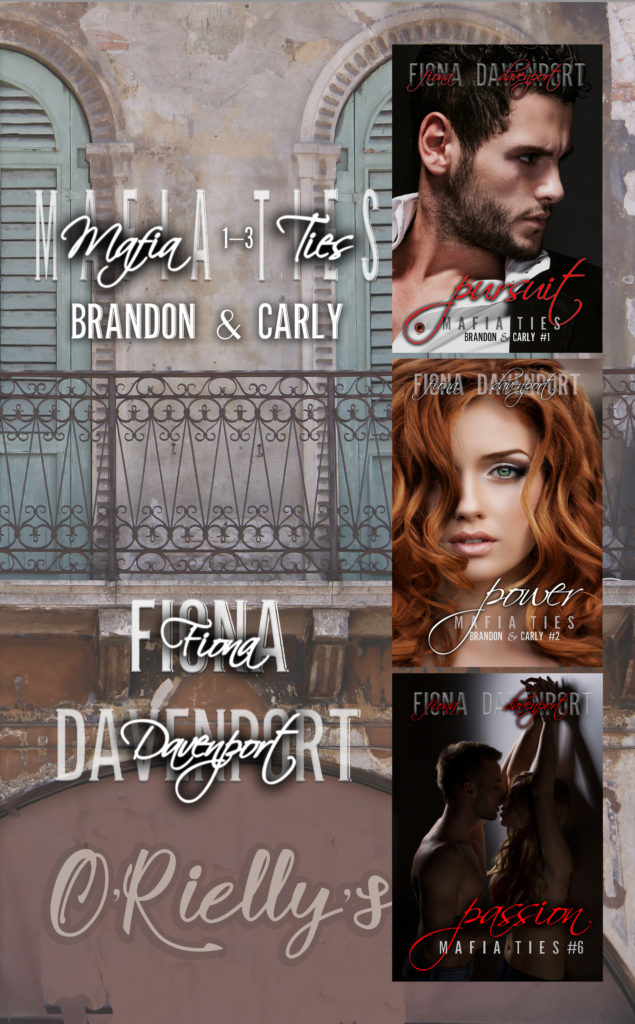 Part of the Kindle Unlimited series:
Part of the Mafia Ties Series series:

Pursuit:
Brandon DeLuca’s relentless pursuit of Carly O’Reilly after she flees New York isn’t really due to the orders of his mafia boss cousin. The feisty redhead is his, and he’s done trying to pretend otherwise. Now that he’s admitted the truth to himself, he just needs to convince her to put her life in his hands—and her body in his bed.

Power:
Carly O’Reilly never wanted the power that came from being the head of her Irish mob family. With her father’s well-deserved death and Brandon DeLuca by her side, she’s ready to shake things up in her new role. But what happens when Brandon has another position in mind for her—as his wife?

Passion:
Being part of rival families wasn’t enough to stop the passion between Brandon DeLuca and Carly O’Reilly. They’ve defied the odds and prevailed together as a couple, the first female to lead her Irish mob family and the Italian enforcer who stands by her side. When one of her enemies tries to use Carly as a pawn in an attempt to gain power, Brandon is out for blood—saving Carly isn’t enough.