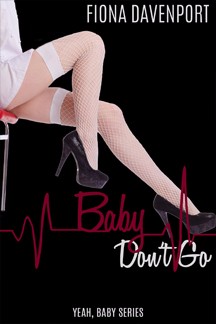 Jack Halston’s life changed when his best friend married his sister. He started flying solo more often, especially once his niece and nephew were born. It made him reexamine his life and consider the possibility of settling down. But finding the right woman isn’t easy—unless she’s the one who filled the gap your best friend left behind.

Ellison Reed enjoyed her long-standing work flirtation with Jack. When their friendship deepened over time, she did her best to ignore the chemistry which sizzled whenever he was near… until the night Jack’s possessive tendencies exploded and he claimed the woman who was his. Before someone else could.

An accidental pregnancy between two surgeons who should have known better. A job offer in another state Ellison would be crazy to turn down. Too bad the path from friends to lovers is so complicated.